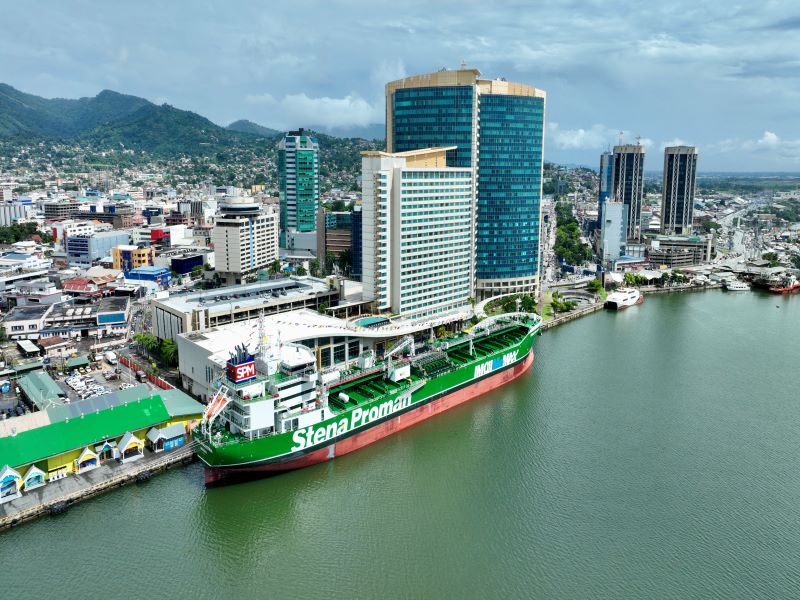 Proman Stena Bulk has held a naming ceremony for its new methanol-fuelled tanker in Trinidad and Tobago.

Dubbed Stena Professional Patria, the MOIIMeMAX sequence ship is the primary of the three methanol-fuelled vessels delivered this 12 months to the three way partnership (JV) between Stena Bulk and Proman.

The JV took the supply of Stena Professional Patria in June this 12 months.

Additionally it is anticipated to obtain additional three new builds between this 12 months and 2024.

The IMOIIMeMax vessel sequence options design enhancements and applied sciences to reinforce power effectivity and show the operational viability of methanol as a marine gasoline.

Round 2,500tpa of methanol will likely be used as gasoline by the Stena Professional Patria vessel.

This gasoline will assist considerably lower the quantity of greenhouse gasoline emissions emitted as a result of vessel’s industrial operations in comparison with typical marine fuels.

On the ceremony, Trinidad and Tobago Prime Minister Dr Keith Rowley mentioned: “We’re one of many largest producers and exporters of methanol on the planet, and we occur geographically to be on a spot on the tip of South America, East of the Panama Canal the place all these vessels are being inspired to alter their gasoline consumption from the soiled gasoline to wash gasoline – and that gasoline is offered in Trinidad and Tobago.”

Stena Bulk president and CEO Erik Hånell mentioned: “Each step our three way partnership takes proves the viability of methanol as a marine gasoline and underlines that it’s technically possible, with the precise information and backing, for use in operation at the moment.”

This September, Stena Line carried out a naming ceremony for its new E-Flexer ferry in Gdynia, a port metropolis on the Baltic coast of Poland.